The game of bingo is exceptional in many ways; you can win simply by marking off a particular set of numbers or patterns on a card, and it’s simple and easy to play and understand. But another aspect that makes bingo unique and exceptional (as well as truly enjoyable) is the fact that it has a language that’s all its own. 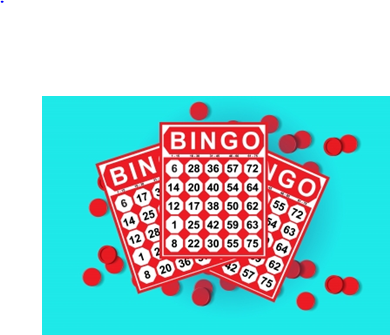 This language, aptly referred to as ‘Bingo Lingo,’ has been around for a long time. In traditional games of bingo (those played with other players in a bingo hall), the caller would often call out numbers using different terms, which often sound strange or funny to the uninitiated. But in the online version of bingo, there are different terms which are used as well, especially in bingo chat rooms. Here, then, is your guide to the different traditional and online bingo lingo:

Bingo board – this refers to the screen where you can see all the numbers which are drawn.

Card – this is simply the ticket you can use to play a game. Every player has a different card with a different set or pattern of numbers.

BLNG – the acronym ‘BLNG’ stands for ‘Better luck next game,’ and you’ll often see this from other players in a bingo chat room.

Free space – the free space is the blank area in the middle of a card; it is seen in 75-ball bingo.

Jackpot – the jackpot is a bigger or higher prize that you can win if you get the necessary pattern with only a particular number of bingo balls.

Linx game – a linx game is a type of bingo game where all the bingo players on a particular network join together to try to win a progressive jackpot or a bigger or higher prize.

There are also different ‘bingo calls’ for different numbers. These are a bit more difficult to remember, but once you play more, you will know them soon enough. One particular bingo call is ‘Baker’s bun,’ which refers to 61 (the number called out). Another call is ‘Clickety click’, which refers to 66. Other bingo calls include ‘Cup of tea’ (the number three) ‘Heinz Varieties’ (57) ‘Legs Eleven’ (11) and ‘One Little Duck’, which refers to the number two. The number 22 is often referred to as ‘Two Little Ducks’ whilst 42 is called ‘Winnie the Pooh’.  The call ‘Dancing Queen’ means 17, and ‘Staying Alive’ means 85.

So there you have it – some essential lingo bingo that you should know about. Happy playing, and good luck!

From introduction to gambling to understanding how it works to attract more customers! The most potential gambling book is out in the market-